October Is Breast Cancer Awareness Month: What to Know 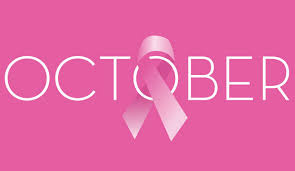 October marks the beginning of Breast Cancer Awareness month, an annual campaign that aims to increase knowledge and awareness of the disease.

A closer look at the staggering stats about breast cancer reveal why this is an important cause to so many people.

According to the American Cancer Society, every 2 minutes a woman in the United States is diagnosed with breast cancer — that’s everything from “stage zero” cancer (which some doctors believe shouldn’t even be called cancer) to the deadliest form: invasive breast cancer.

The International Agency for Research on Cancer, a part of the World Health Organization, estimated that in 2012, around 1.7 million new cases of breast cancer in women occurred worldwide.

These numbers have influenced the need for early detection and screenings. According to the Food and Drug Administration, more than 39 million mammograms are performed each year in the United States.

And those mammograms may have had an impact. The American Cancer Society reports that the breast cancer death rate is down 34% since 1990. As of Jan. 1, 2014, there were more than 3.1 million breast cancer survivors in the U.S.

The World Cancer Research Fund International reports that there are more than 6 million breast cancer survivors worldwide, giving many survivors a reason to celebrate this month.

Breast CancerCancerearly detection
About the author